To understand my passion for rehabilitation counseling (my beloved career), let me first tell you a little about myself. 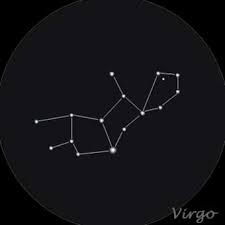 I was born in 1963 in Libertyville, Illinois, into a hard working family.  My parents are from Chicagoland.  During my infancy and toddlerhood, my family lived in a small house in Mundelein, Illinois.  My father Richard “Dick” Prochnow worked for Sears Roebuck and Co earlier, and then later hired on with Culligan Soft Water.  He would end up working for the company for many, many years. 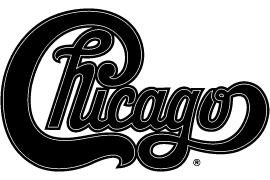 Mom from Northbrook and dad from Buffalo Grove

Culligan promoted Dick to management and moved him (along with the crew later on) to Davenport, Iowa in 1966 and later we relocated to Battle Creek, Michigan when I was preschool age, before moving to Iowa Falls, Iowa in 1968 and settling in. I started kindergarten at age 4. 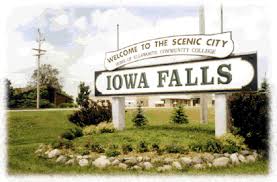 I’ll expand on my family and their work in another post.  Read all about it!  But on to me (well, I am the one posting this on my website!)

In a nutshell:   I was in a serious car/train accident in June 1979, the summer before my 11th grade.  I was 15 years old. I was a passenger in a car, sitting in the back seat. The car slammed into the train, and me, well, my body went through the bucket seats and the nonexistent windshield with my head being smashed into a bolt on a box car. But the creepier thing is the train actually started to move, as the conductor was moving it into the yard. Of course, I had no idea what was going on at all. Thank God.

The car was totaled.  There were 3 other people in the car, all who sustained serious injuries, but we all lived. I used to have a disdain for the make and model of that green car, however in a sense it did save my life.

The train stopped moving, having only traveled a few years, stopping inches from a culvert. A passing car with a young couple came upon us. And for me, what I know now, is that a woman named Teri saved my life. Thank you Teri.

I was first transported by ambulance to Ellsworth Municipal Hospital to the ER. I was then trasnported again by ambulance to Mason City where I was hospitalized  for a week with a broken right arm (ulna and radius), numerous lacerations, and a severe head wound requiring extensive plastic surgery.   We’re talking a lot of stitches, and bruises. My left pinky finger was nearly severed as well. I don’t remember any of this time in the hospital until I came out and was clearly doing better…

The accident kinda screwed up my life at that time (sure wish I had a rehabilitation counselor to work with me!)  I dropped out of high school ½ way through 11th grade (there’s a story to that, but anyway….)  At the time, my mother  was working at Ellsworth Community College in Iowa Falls in the placement office.  She “forced” me to enroll at the college, which I did reluctantly.  I was 17.  I first had to take the GED and pass!

After this positive life event, I moved on and audited courses at ECC ~ Ellsworth Community College (with much older classmates).  I then enrolled officially and took secretarial coursework….and in 1981 also graduated with a certificate in secretarial science.

To clarify these dates, 1981 was the year I should have graduated with my original high school classmates.  But instead, I went to college with “older” people, and my sister Janice Prochnow, two years older than me. I think we had one class together.

In the ECC Class of 1981 program below I’m listed under the first section, One Year Secretarial, the fifth student.  Janice, her name is the second to last column under the last section of the program titled Associate Degree Diploma, has 3 asterisks *** because she received honors and was a mid-term graduate.

Other people in the program are a couple friends who Janice graduated high school with in 1979, Patti Rieber, Janet Roozen and Melinda Rutzen. I remember being in class with some of the ECC male (read tall to me) basketball players!

Here’s a picture of me and my older sister Julie Prochnow who is five years older than me, on the day we both graduated in October 1981.  (No picture of me and Janice for some reason, at least that I have!) I graduated from ECC with my secretarial science certification and Julie did from Iowa State University in recreational studies.

After this robe wearing event, time to move on again!