[Original Post Date: Oct 8, 2012] Randy and I got back from Kansas City last night, after spending the weekend in Missouri. Once again, in comparison to the people we encountered in Chicago a few weeks ago, I found locals clad in red to be quite friendly!

We went to yesterday’s Chiefs game.  It was fun to go, but alas they did not win.  And yet, believe it or not, the incredible fans around us were well behaved!

Chiefs! A goal is to watch ’em play at Arrowhead once a year!

Have you ever considered the skills other than physical, of a football player? I have!

Here’s a sample of five…

…read on for more transferable skills of a NFL player. The skills are quite similar to what most employers look for in a good employee!

As far as football injuries, I did a little research:  The Top 5 (with the research saying that most injuries occur during competition and not during practice):

We’ve all had, correction, I know I have had #2 referred to above more than once. Randy has had #4 more than once. We’ve all heard of a football player tearing #5. Thankfully, we don’t see back injury or brain injury on this list although I’m sure they happen.  Here’s a link to NFL players currently on the injury list….and on the mend … makes ya think.

Oh, and how much $ does the average professional football player make? About $1.1 million. So that means some players make $10+ million and some make $100,000. Think about it! Would it be worth it? Especially if your career lasts about 3 years and your life can be shorted maybe what 20-30 years? Source: Randy Botkin! 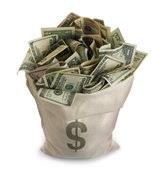 Here’s your pay for the day Mr. Manning

BTW, you may recall Peyton as the quarterback for the Denver Broncos missed the entire 2011 season due to a neck injury requiring him to have neck surgery twice. Rehabilitation counseling was incredibly important to him, I’m sure.

I often work with clients (ones who experienced an injury while at work) with some type of back injury and are no longer able to do the work they did previously.

Have you ever thought about what you do now for a living and if something were to change, what you could do in the future to make money?  Something I help people to think about all the time….makes you think once last time I hope.

Another update: 10/14/18: Chiefs who are 1st in AFC West and 5-1, we’re going to watch them at Arrowhead hopefully beat the Bengals this Sunday!

10/21/18  42-10 it was a night game and apparently I got lost in the stadium (according to my husband) Actually I was just talking away with a friendly staff member and my phone was off.  Go figure. It always happens!

Ohh my, my, my QB Alex Smith who on 11/18/18 suffered compound fracture (broken tibia and fibula) which left bone protuding through his skin. He had emergency surgery and his recovery is expected to take six to eight months. Dang, got sacked. If you need help with a new job Alex, let me know, even though I don’t care much for the Redskins, I’ll be neutral. And I really hope your career  in football is not, well you know, plttt : (