We humans make some big mistakes. It’s those misguided or wrong actions or judgments that range from simple to complex that can cause alarm and then when understood and corrected can turn into an unforgettable learning experience.

My family and a couple of the kid’s friends had Florida travel plans in June of 2017 to visit my mom and her new husband Dave; and my sister who lives in the Sunshine state, too. Disney World was in the works and a lot of beach time was in mind!

I enjoy flying in an airplane, do you?

We were ready to board the plane, in fact most passengers had already boarded, when I heard over the intercom something to the effect of “stop boarding”. I then witnessed passengers I previously watched moving into the plane’s bridge walk back out with their carry-ons in tow; and thought to myself “oh no, no, no, this doesn’t seem right”.

After all passengers were back in the boarding area, the announcement came on that the plane had been hit by the baggage handling cart causing a hole in the fuselage and we would not be flying. I listened to several passengers give their theories…and some actually felt the impact from the baggage cart when it hit the plane on the side. Wow.

Baggage carts are usually seen in a flurry of activity

After being at the airport patiently waiting to board for 3 hours, the flight was canceled because no rescue plane could be found.  Did you know rescue planes existed?

Many passengers were grumbly and we figured someone at the airport possibly got fired. I watched with fascination through the terminal window as the plane was being inspected, even the pilots were taking pictures with their cell phones!

Being a Saturday evening, this was the last flight of the week until Thursday, (can you read into what airline I’m referring to if you’re familiar with DSM to Orlando flights?) Although there were some options for our travel the next week, none would have worked out for each of our schedules. 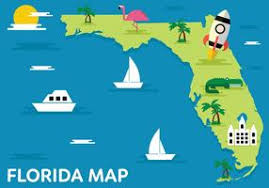 No vacation in Florida. No Disney for the kids. No beach for me…and I even packed four bikinis!, no seeing our friends and family, no nothing…and all the energy involved in the planning of the trip, down the tubes.

I really just wanted to get out of the airport and back home that day. I looked at this experience with the family as practice however, because we’ll be doing it again! Plus I learned how to pack more efficiently and now know I can take food on the plane!

Question: How the heck did a human driver hit a huge airplane with basically a golf cart and seriously damage it? This was A Big Mistake affecting a lot of people! Of course my mind went into litigation thinking as there could probably be some lawsuit for any reason. Good thing no one was injured; and hopefully those who really needed to get to Florida ASAP got there without too much anguish. 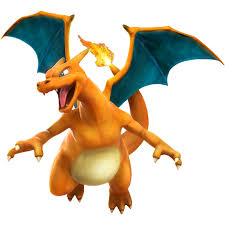 Okay, here’s one of my own mistakes about me as I was getting ready for the Florida trip. As I considered what to take as a carry-on (free on this airline), I decided upon a smaller purple suitcase with wheels I’ve used before…and as I was packing it I felt something lodged at the bottom.  Upon retrieval, I found a maroon jewelry box and opened it.

Wrapped up in tissue was my diamond tennis bracelet!

Being missing for over a year, I had seriously thought it was lost for good. Okay this “big miss steak” wasn’t so bad, and I hope I learned my lesson.  There was another time time I was stopped at airport security because a pocket knife was found buried inside an unknown ripped seam inside my little purse. Oops.

Another “big miss steak” is inadvertently bringing a pocket knife through security!

I strive to be extremely careful with my work, especially with my writing skills. However typos do arise and I’ve been known to unfortunately miss my own (including having a date wrong on my resume for a couple years before I noticed it!)  BTW, other’s typos glare at me.

But big mistakes, like negligence when it comes to a patient’s health care, is something I can help with and I’m sure we’ll both learn a lot through the course of the case. If I make a mistake on your case, I will accept responsibility.

I’ve recently worked on a medical malpractice case; and in this case the patient died, however my role/goal was to perform a vocational evaluation and assess his earning capacity had he not died in such a short period of time. For more information on my work in this case and how I followed basically the same methodology as other evaluations, please contact me.

Yes everyone makes mistakes and everyone needs to be careful in our roles at work. I don’t know if anyone was fired or if there was any lawsuits over this airport incident, but it got me thinking about mistakes, including the many of my own.

I’m not saying eating steak is a mistake, but I agree becoming a vegetarian is a big missed steak!  Keep in mind I am a vegetarian and have not eaten steak since 2011 (although I can’t deny the great smell!)  To each their own, just be sure you cut your meat carefully, chew a lot, and eat slowly!

Contact me at 515-778-0634 or amyebotkin@lcpresourcesplus.com for help on a litigated case involving work and disability! Are you a meat eater or a no meat eater? It’s your choice!