Friday May 28th was my daughter’s 25th birthday. I admire her character and am proud of her roles and goals in every way! She’s into gardening, is a proud pet owner and recently started a second job as a book seller. And quite importantly, she’s engaged to be married!

My daughter is physically and emotionally strong, independent, and One Tough Cookie!  Off the top of my head, here’s a few memories of my daughter and her “toughness” over the years.

Before she was born, let alone named, her birth cord was wrapped around her neck while she was being delivered. As I was pushing down as one is to do during natural child birth, the doctor told me to STOP!

What? Stop? So I did and, (not knowing what was going on) he very quickly cut the cord from around her neck, and blood shot above me onto the ceiling. Nice, huh, and yuck! My new baby girl scared her parents alright! She was just fine though and had a good APGAR. Rather quickly, the housekeeper came in the room and cleaned the blood off the ceiling with a mop as I was still lying in the bed. Yuck again! She was doing her job and it was much appreciated!

Arin was a calm baby!

I remember the first day of her life, Arin seemed to care more about how the nurses felt when holding her than actually being the new baby in the room. And her eyes were (and still are) so huge, she kinda looked like an alien with eyes on both sides of her head!

Later in her babyhood, heck, I cut her toenails too short and they bled. I felt horrible, and this was my 3rd child, but she didn’t cry.

Around age 3,  Arin fell from a chair at the babysitter’s kitchen table while she was eating lunch. Upon facial impact with the floor, her  front tooth was knocked out, and said tooth landed down in the heater vent, where it potentially could have trace elements today.  She was whisked to the ER by her sitter, but there isn’t much one could do for this injury, other than wait! 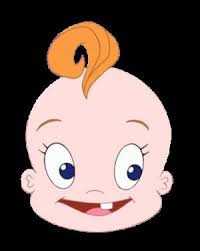 It took years for her new tooth to come in.

Last year around this time, she had four wisdom teeth removed. She was tough with that surgery and the healing time involved…and her poor face was so swollen. This link takes you to a blog for a bit on costs of the procedure!

When she was a little older, around 8ish, we were working in the basement and somehow the iron got knocked off its board and landed on her foot. Her big toe sure bled a lot and a deep bruise definitely developed and stuck around. Luckily the toe wasn’t broken and the iron wasn’t hot! Yikes!

Here’s another story of my dauther’s toughness: As were in the process of remodeling our house (in 2009), Arin would’ve been age 13, she was cleaning our new windows (with water and an ecloth!) and the larger kitchen window suddenly fell down (the type of windows that fold into your house), whacking her head.

Her head broke the glass, and the glass shattered on to the floor. Arin immediately felt a headache, but there was no blood involved and we didn’t take her to the doctor, but I certainly cared for her closely and watched like a hawk for any concussive symptoms! I informed the salesperson who sold us the windows of this mishap, and he showered her with gifts. He was probably pretty darn grateful that we didn’t, gasp: sue! But no we did not, and her strong head was fine. 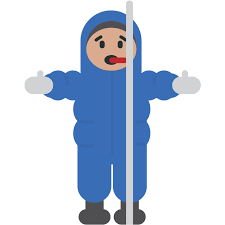 Moving on into her middle school years, from what I was told by said daughter, she went snow shoeing on recess. Somehow her tongue landed on a metal pole, got stuck and she had to pull away from the pole. Yep, her tongue ripped and yep it bled and yep it hurt like he double toothpicks.

She said this was a dare; the sticking her tongue out purposely onto a cold pole in the middle of winter. But in reality, I believe she fell into the pole because she wasn’t very good at snow shoeing. Again, nothing really you can do for this injury but give the tongue time to heal! 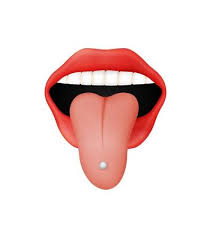 A while later she got her tongue pierced anyway! She also pierced her septum and eyebrow too. Don’t forget thee belly button piercing! (I actually did that once, but let it grow back because it bothered me when I did a yoga pose or exercised on my stomach).

And speaking of, both her ears have pretty good sized gauge holes! I’m not including the numerous tattoos Arin has received.  To me, getting a tat seems a little too drawn out painful.

One last story off the top of my head at this time, and I’m not happy at all with how this happened. In early March 2019, Arin was at a birthday party held at a hotel for her friend Taylor. Arin was picked up and thrown (grrrr) into the pool. Kassidy, who she landed on, hurt not only her head, but bit down and injured her tongue; and Arin ended up breaking two ribs. 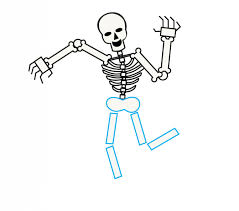 However, Arin didn’t find out her ribs were broken until almost a week later when she was in much pain and having problems at work. On a Sunday she had to be taken to the ER which included x-rays and a pain prescription.  Again, this involved a long rehabilitation / healing period.

Okay, enough writing for now. Like mother, like daughter!  Yep, considering I was able to live through hitting a train headfirst!  I believe this “toughness” is heredity, and comes from my mom.

In 2019, my mom was experiencing an acute medical condition while visiting us from her home in Florida. As we were waiting at the airport for her and her new husband’s flight home departure, she took a dive (right in front of the drinking fountains by the rest rooms on the main level) on to her face, breaking her glasses. She ended up in the ER for numerous stitches rather than on the flight home. Mom didn’t cry or wince, or even complain a bit.

The bottom line of this post is to let you, my Attorney Reader, know that I am a strong “tough-minded” resilient person who has the capacity to face difficult facts and long odds with resolute optimism.

I define a tough-mind as having the resources, mental skills, and physical capabilities to confront difficulties of all kinds. And then afterwards, the resiliency to slow down and relax.

I won’t be so tough you may choke, but I will be tough enough with your case where it counts: in my reports and in the courtroom and in my resolve to never give up. I got this strong “tough minded” trait from my mom and have passed it on to my daughter and I am proud of it!

Thank you for reading my post. Let me know about a case I can help you with that involves disability and rehabilitation. I believe rehabilitation is the care that can help an individual get back, keep, or improve abilities needed for daily life. I’m a rehabilitation counselor who cares.