I’ve written about my 1979 car/train collision, which is part of my memory bank that becomes revisited from time to time  especially when June 15th of each year rolls around! Here’s a bit more about the story:  While hospitalized following surgery on my head and on my right arm, I was administered an IV bag that did not have my name on it. 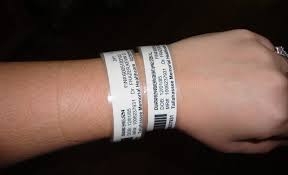 My maiden name is Prochnow NOT the name written on the bag. My mom caught the error after inspecting what was all hooked up to me (I was still unconscious) and reported it to a staff nurse.  The name on one of the IV bags was that of the male driver of the car I was in that slammed into a parked train; also an inpatient in a room down the hall. Thank goodness the IV bag contained only Lasix! How could a nurse hook me up without checking my name? Yes, we had plastic id bracelets back then! No harm done. Thank you mom!

Awhile back, I was driving in my car alone, and coming upon railroad tracks noticed the crossbar was malfunctioning. It was going up/and down over and over.

I did however see the 800 number to call the Union Pacific Railroad, because it was quite apparent the gates were malfunctioning every 60 seconds or so. To fulfill my civic duty, I dialed (after crossing the tracks and pulling over near the swans’ nest) and a man actually answered! 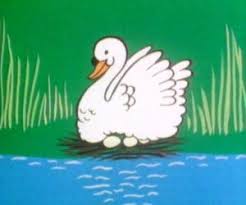 I informed the railroad worker of the situation, he thanked me and I went on my merry way.  I do not care for railroad tracks when there’s a train approaching but you can’t see it yet…gives me the chills! But I did my part to help others.

I actually felt odd, even telling my mother of the situation and the call. Maybe it was some sort of healthy release to my own personal  situation and lawsuit. Read on please!

The irony of me reporting a problem with a railroad crossing is that one reason for the lawsuit my family and I filed following the 1979 car/train collision against Rock Island Railroad was the fact that the cross bucks at the crossing near the high school at the site and time of the accident I incurred was missing.  Yes, the cross buck, the two signs that cross at the top, was gone, missing, not there. I have no idea why. Perhaps some kid had stolen it?

During the trial held at the Hardin County Courthouse in Eldora, besides that fact of no cross bucks, and the fact that this railroad maintenance error was swept under the rug, somehow, we (my entire family) knew a member of the jury.

The juror was the sister of a long time neighbor we had several ties with while growing up. In fact we used to go on family vacations to South Dakota with that juror’s sister.  I was best friends for many years with the woman juror’s sister’s daughter, as was my sister with a second daughter (make sense?).

Anyway, my family and I did not win anything in the lawsuit. Not a cent. We definitely should have been awarded something.  I believe the main reason we didn’t win was the fact that the railroad was going under.

Have I ever shown you my scars? You may be impressed!  I’m sure my parents paid a bit of money for the care I needed and could’ve used money to compensate.  I was only 15 years old and my serious injuries did seriously impact my life going forward. I felt so odd and was stared at when I returned to school that Fall. I ultimately ended up dropping out of high school in November 1979. I sure wish my story had been revealed, and wonder what may have happened if so had we won the lawsuit.

An injury comes with costs, no matter the situation, and a story that explains the situation from a personal point of view is fundamentally necessary for you and your client.  If you need a personal story about your client, for the jury and the judge to read, let me help.

I’m qualified in many ways to help you help your client. Yes, although a high school dropout, I moved forward in life in many fruitful ways! There’s a link on my website to my resume, feel free to download it.

And please contact me to share information about your litigated case! You’ll find I care a lot, especially if justice is lacking or a person’s story needs to be understood in a different light.

One reply on “I Sued the Railroad Nearly 40 Years Ago. Think I Won? Need an Expert?”

[…] mishap, and he showered her with gifts. He was probably pretty grateful that we didn’t, gasp: sue! But no and her strong head was […]