This is a summary of my written responses to a discussion question while studying forensics through George Washington University a few years ago.  It includes edits and additions of course, because that’s what a writer does! 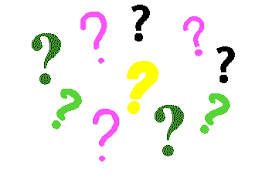 Question: What does the term “reasonable man”  as a legal expression used in both criminal and tort law mean to you? (That’d be me, Amy the student at the time, with the online discussion involving my cohort from across the country!)

Answer: To me, the term “reasonable (ahemm) person” can refer to a person who would think, say, act upon or not regarding a certain situation or circumstance using average knowledge or skill; then this hypothesis can be used to compare others when deciding issues of liability in civil or criminal cases involving negligence.

…But then I asked myself more questions, like, so how would an average person behave under the “exact same circumstances and conditions” because how could the context or a situation ever be the same to more than two people? With unique personalities, the many layers of culture in society, who really is average?

…and doing more of my own questioning, I thought, just how is one average person selected during the jury formation process, let alone finding up to 12 “average people” who are impartial to the case and have the energy and focus needed to develop into a jury pool?

I’ve been summoned for jury duty once in recent memory, but didn’t move through to a next step. I have no idea why! Although I would love to serve on a jury, as it is a right and a duty, I wonder if my profession for some reason had anything to do with the selection process. The one thing that would bother me though is sitting for a long time during a trial. Ouch! Would need yoga!

Okay, so I continued with my thought process and answer: Our legal system compares actions of people and makes a decision based on the factors involved whether or not a reasonable person would or would not do the same thing. Using this standard can lead to strange outcomes I’ll bet. For my research, I found an interesting read titled Brigham Young Law Review titled Better Off with the Reasonable Man Dead or the Reasonable Man Does the Darndest Things

It’s written by Randy T. Austin in 1992 and includes numerous citations and some funny foot notes! One part reads: The Reasonable Man first appeared in the law in the 1837 case of Vaughan V Menlove. The defendant’s haystack caught fire due to poor ventilation. The defendant had been warned on numerous occasions that this would happen if he left the haystack. The defendant argued he had used his best judgment and did not foresee a risk of fire. The court held his best judgment was not enough. He was to be judged by the standard of a reasonable man. 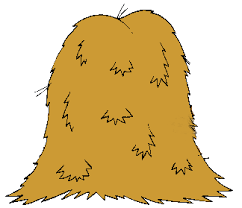 Another part reads: The Reasonable Man Did he evolve? Was he created? has had many first names: Prudent, Ordinary, Typical, Ideal, Average, Right Minded. He has qualities of a good citizen, an ordinary chap.

On the other hand, others say he is inadequate, makes mistakes, is selfish and afraid. He does typical things (for example, takes out the garbage, opens doors for others) he doesn’t do atypical things (like park his car on the busy freeway to scrape a small blob of bird poop off his windshield or drive his ball when he clearly sees golfers still on the putting green.) 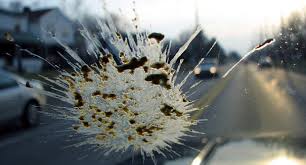 It was a HUGE Blob! All the drivers on the freeway should’ve known why I stopped!

The review concludes that the reasonable man has enjoyed a long and prosperous career in law and the author Randy believes due to the arbitrariness of the standard and insensitivity to gender issues, it’s time to thank him for his contributions and bid him a fond farewell. So be it.

Then I found this written by George Bernard Shaw to ponder: The reasonable person adapts himself to the world; the unreasonable one persists in trying to adapt the world to himself. Therefore all progress depends on the unreasonable man. 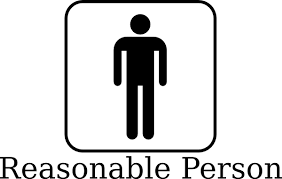 Next, I decided I’m going to play a game I just made up called Reasonable or Not Reasonable? As I move throughout my city, in the community and my own hood, I’ll keep a look out for a Reasonable Person or a Not Reasonable Person and decipher what transpires (via my own eyes) and brainstorm why it may be that I think this person is or is not average. The context, situation and circumstances will matter, and whether or not I’m somehow involved in the interaction will too.

I’ll tally up how many average people and exceptional people I meet on a particular day and then talk to someone (You, my attorney reader?) about my results. What do you think my probabilities will look like? No doubt in my mind this will be a fun learning experience!  As a counselor, I have that sixth sense about others!

As an aside, have you seen the play production 12 Angry Jurors? I saw the play at North High a few years back, with Taylor and Bridget being 2 of the jurors. I’ve also seen it at the Civic Center with Richard Thomas as the lead. It’s a great dramatic production and makes you really think about doubt!

I’m sure you’ve studied the “reasonable person” standard, please share any good legal case stories! Thank you for reading, and just a little more, here’s the link to my disclaimer because I’d like you to read it, too. Let me know what I can do to help you help your client, especially with a case that’s going to trial!