As I mentioned in last week’s post, Arin was in interviewing mode. She found success! Today she starts her training at the Des Moines Public Library. My daughter, a librarian aide! I love it. She is so excited! It’s a part-time position, which the library does for all aides, that pays pretty good! She will continue at Walgreen’s as well, so will be working plenty of hours. Do you remember what job(s) you had at age 18? Click here for my earlier work history.

Arin the Aide To the Rescue!

I have blogged about Arin in the past and my grandma’s love for reading. Reading helps in lots of ways; one being that your vocabulary will become larger and more sophisticated. I remember one of my professors at Drake University (Dr. Bob Stensrud!) said something along the lines that a strong vocabulary is a sign of high intelligence. I’m sure there’s plenty of variances on that statement from people much smarter than me, but I agree that intelligence drives the need to acquire the vocabulary in the first place. 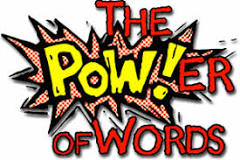 On Saturday, Randy and I took a road trip. When we realized from listening on the radio that the Cyclones just might win, we decided we needed to watch the second half! We found a nice place in Oxford, Iowa and stopped on in. There were some buddies hanging out at the bar and one was kinda making me sick. He was a “chain swearer”. You’ve heard one. F this and F that in almost every sentence. And when watching college football on a big screen tv, you can imagine what I heard. Yuck!  I will admit I heard myself say “Poopy” over and over towards the end of the ISU game….

I thought hummmm is my theory that people who swear excessively have low vocabulary levels and corresponding low intelligence? I don’t know, but there are studies out there I’m sure. I do pay attention when interviewing evaluees about their use of profanity and will report on it (while also offering counseling “advice”) as it certainly affects one’s view of professionalism in the workplace.

People Swear, and Unfortunately I Am One of Em

But I don’t want to and I do notice it when I swear and chastise myself! And I try to stop hubby too. And Arin. And Jake. And Nick….and on and on! When my mom swears (not often) I sure take note! Woah!

I cringe when I hear a person swear in professional environments (and on the playing field…and  especially in front of children). I certainly hope Arin doesn’t let a big “F-bomb” out when she is at work at the DMPL (frown upon for sure!) She won’t! [I’m making her read this post…]

P.S. Don’t swear during an interview! Use the best communication skills you have!

Just an update to let my readers know I am nearly done with my most recent learning adventure through George Washington University….that lasted well over a year! I certainly learned a lot about forensics rehabilitation consulting, and really appreciate my cohort comprised of really smart rehabilitation counselors across the country!

There are students from the great states of Iowa (me!), Texas, Ohio, Washington, Maryland, North Carolina, Virginia, Colorado, the District of Columbia, and who am I missing? Kansas?!

Our Beautiful Country is so Colorful!

I’ve been in all our states but Washington, Hawaii and Alaska. This was traveling done mostly as a youngster, in the back of a station wagon with the entire family (oh, the memories!).

One ethics paper I prepared in October, 2013 for the course Foundations of Forensics Rehabilitation Counseling II (COUN 6396) emphasized Ethics, Values and Character Surrounding My Career in Private Practice.

Along with submitting my paper to GWU, I also submitted it to a professor from the great State of Washington who teaches ASSESSMENTS to master’s level rehabilitation counseling students. I received powerful feedback from her.

I am happy to share what I’ve learned and how it can be best applied to meet your litigation needs. My papers are available, just ask and I’ll see if you really want to read all about it! Call me at 515-282-7753 or email vocresources@gmail.com.   Or easier yet, connect with me on LinkedIn. I’ve posted them there!

It really does help to make noise while you’re working. I often work in complete silence. But when I whistle or listen to music, it does seem as though the work goes more smoothly. I have no idea why. I guess the Dwarfs did.

Maybe the sound helps distract the mind from trying too hard and prevents mental overload.

As I’ve written about in the past, mom and dad raised 5 kids. Us children are all only 13-15 months apart. Think about how much hard work Ann & Dick had in order to get us all out of the nest!

Here’s a great little YouTube Video of what it may have been like from the 5 babies viewpoint! The momma bird is hard at work and the song Whistle While Your Work is playing to help her! 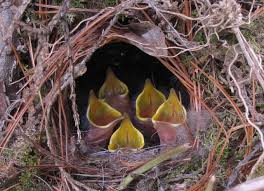 Thanks for feeding us!

I completed my second week of boot camp (six more weeks to go …) and will say Linda Ross, our trainer is an excellent coach and instructor. She encourages us to do our best and to MAKE A LOT of NOISE when we exercise. 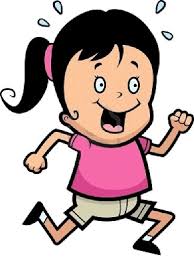 It helps when you grunt and groan while you work out!

As I continue my journey in life, I find how important it is to work hard at whatever is at hand. Life isn’t easy. Whether it is mentally or physically, there is always more to learn and to improve upon. So, make noise! Be alive! Whistle, grunt and groan at work!

Don’t wish it were easier. Wish you were better.”
― Jim Rohn 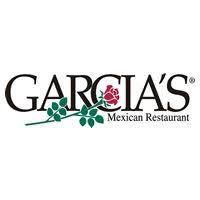 December 30, 2012. Perhaps a meaningful day in Randy’s work history. The day he “officially retired” from Okoboji Grill as a food server. In a previous blog, I wrote about working in a restaurant. Okay, he quit again, making this the 3rd or 4th time over a course of 20 years working at the restaurant that he “retired.”

I know, I know, he’s king tv remote guy, and he has a lot of “regulars” who like him to serve em up at Boji. And I also know he likes to put the bartender hat on every now and then. But any bet placed will be won only by me. I think.

I couldn’t tell you (cuz I never kept track) how many evenings and weekends Randy has worked at a restaurant (first it was Garcia’s, in the early days of our marriage, then Okoboji). He reminds me he didn’t work any second job for like 4 years…but I don’t recall. I was probably working a second job at that time…as a transcriptionist.

Time to work for me!

Well, yes, I understand you are a public school teacher, and sure that takes some of your time during the work week. But, please let’s get some stuff off the honey do list! Or I’ll threaten to hire a handyman.

I’m continuing on in future blogs with writing about my husband and his jobs, with a focus on his work ethic. He has a good one!

When I perform vocational evaluations, I include an assessment of the individual’s work ethic. To begin that process, the individual does a self-rating and is asked to provide specific examples of their personality traits when they are at work.

Take a moment to think about your ethical and dependable work behaviors. Are your proud of yourself? Your significant other? I am.